Researchers believe CDS is caused by physical and chemical changes that affect the brain function in older dogs.  Dogs with CDS may show signs of confusion and/or various other behavioral changes that are not a normal part of aging.  This confusion can lead to a life of lonely isolation, separated from family members who have come to cherish their older dog's companionship.
This can be as hard of family members as it is on the dog.  Pet owners ofthen describe their dogs as less responsive, forgetful or confused.  In one study at the University of California - Davis, 62% of 11-16 year old dogs showed signs in at least one category of CDS.  In a pet owner study, nearly half of dogs age 8 and older showed at least one sign associated with CDS.

Could your dog have CDS?

You'll probably be the first to notice signs of CDS, since you're the one closest to your dog.  If you notice changes in your older dog's habits or behavior, be sure to talk with your veterinarian.  Above all, resist the urge to tell yourself that your dog is "just getting old".  With your help your veterinarian can determine if the changes in your dog are associated with canind CDS. 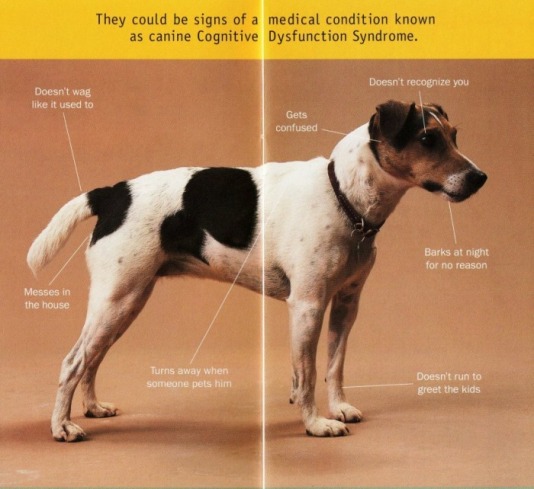